Juniper vMX features are managed via a software license. There are three levels of licensing along with the overall bandwidth license. Also, licenses are additive; if you add more than one license to a vMX router then it will add all of the licenses together. This is a great way to manage to growth as you continue to expand the usage of your vMX router.

The following shows you how to verify the software licenses installed and the total bandwidth of the vMX router.

These instructions also work with vMX deployed on KVM or other virtualization platforms. The commands are only dependant on junos.

The “show system license” command displays the licenses installed and their current usage. In the example below the system has two license for a total of 100 mb of bandwidth.

If you combine the same command with the pipe command , the “refresh” command and a value in seconds,  then you can set up a nice little bandwidth monitor. This is very handy if you are troubleshooting and you think you’re out of bandwidth, licensing has kicked in, and you’re seeing some impact to traffic outside normal troubleshooting. 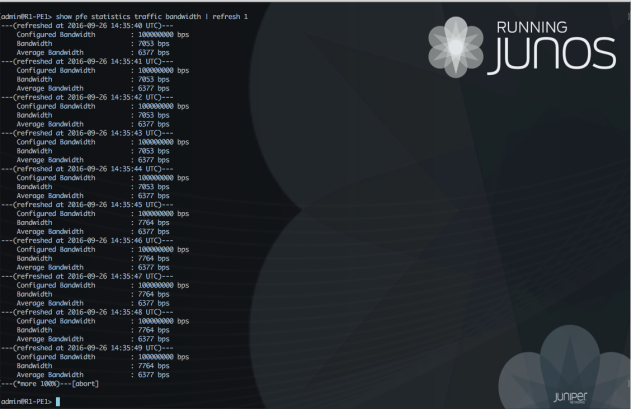 I hope these commands help you out!